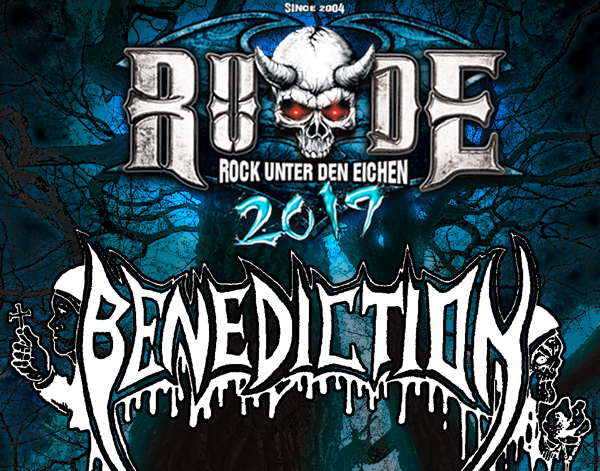 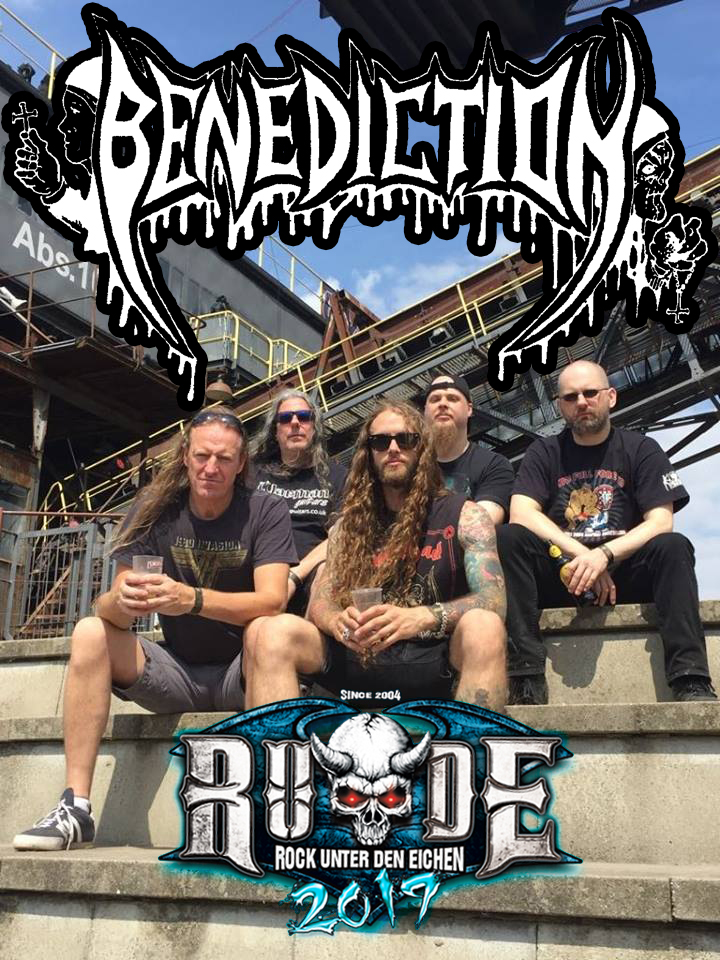 Perhaps one word can best describe Benediction: perseverance. This U.K. death metal quintet has overcome many obstacles in their more than ten year musical career, but they have done so with the knowledge that they have stayed true to the original vision of Benediction.

Spawned in early 1989 from the ashes of Stillborn, the original line-up featured Napalm Death screamager Barney Greenway. Rounded out by Darren Brookes (guitar), Peter Rew (guitar), Paul Adams (bass) and Ian Treacy (drums), the young band quickly turned out their first demo, The Dreams You Dread. This tape got the band signed to Nuclear Blast Records. The first album, Subconscious Terror, set the metal community ablaze with excitement; however, the band faced internal strife as Barney continued to work with Napalm Death. The touring schedules of the two bands conflicted, leading to Barney’s departure from Benediction.

After recruiting Dave Ingram to fill the vacated vocal slot, Benediction released a series of records and continued slugging it out in the death metal underground. Tours with Autopsy, Paradise Lost and Bolt Thrower secured their position in the U.K. scene, while their headlining slot on the Nuclear Blast Festival tour in 1998 with Children of Bodom, Hypocrisy and The Kovenant set them firmly in the minds of European audiences as purveyors of nonconformist death metal. The band capped off the successful run in support of Grind Bastards (1998) by playing the prestigious Wacken Open Air festival in Germany. Unfortunately, it marked the last performance for Ingram.

The search for another singer began, ending when the band auditioned an unknown named Dave Hunt. After a few gigs, the band began writing. The result? Organised Chaos. Produced by Andy Sneap (Skinlab, Nevermore, Stuck Mojo), Organised Chaos again shows why Benediction have been leaders in the underground for ten plus years. Sneap’s production is modern and powerful, while Hunt’s outstanding vocal performance is the record’s biggest surprise. While keeping a fresh and vital sound, Benediction and Organised Chaos keep old-school death metal alive.